Makers of the World’s finest Board Games

Geoffrey Parker Games is now in its third generation yet still thrives on the same principles as when it first started. Today, it’s run by Elliot and Max Parker who still believe in high quality, exquisite craftsmanship and market-leading designs. Geoffrey first created our leather backgammon set in 1961. Since then, the design has been copied a number of times, but none of these copies compare to the original… 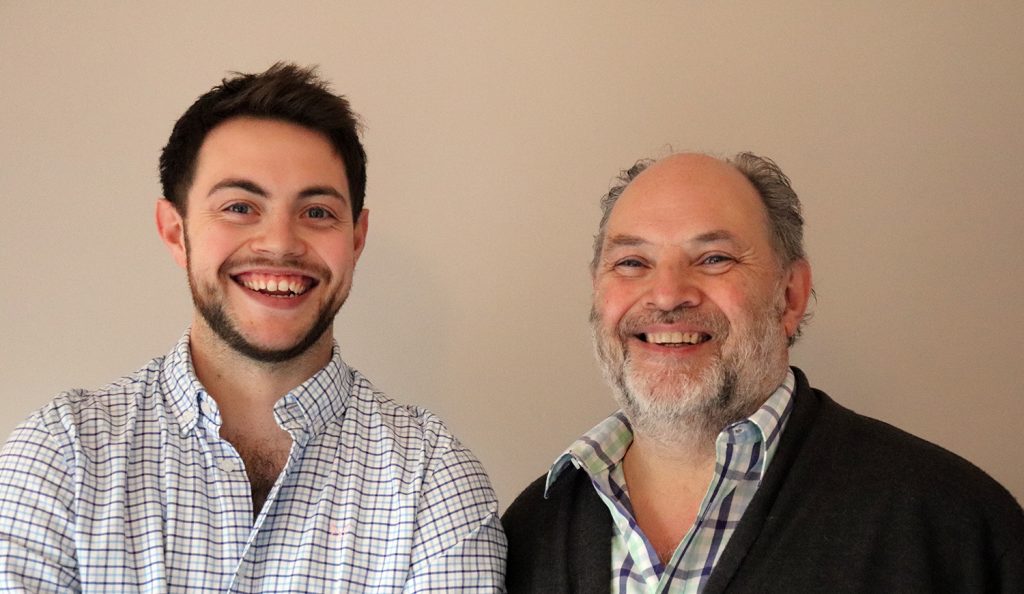 “We believe every person has an individual style. So why should every product be the same? We make all of our products by hand, meaning you can customise almost every element of it. After all, board games are personal.”

In recent years we’ve modernised the business but kept the fundamentals the same. We now offer online shopping but still believe customer service is key. While you may place the order online, all of the customisations are discussed with a member of our team. You will still receive our first class service & the product of your dreams.

Our company history is rather long; Geoffrey had a very interesting life, from Squadron Leader of an elite squadron during WW2, to his pig farming days. We’ve summarised a selection of notable events on our time line & below is our company movie where you can learn all about the company, our team and the projects we have been involved in…

Geoffrey founded his company in Wimbish, Essex, making miniature leather-bound books after the war to supplement his income breeding pigs.

In 1961 Richard Dunhil, current Life President of the World famous luxury  Dunhill brand, asked Geoffrey to make him a chess set. This was just the beginning of Geoffrey & his team making board games.

From that first Chessboard, Backgammon was the next obvious luxury game where precise inlaying was de rigueur. By the early Seventies, the Company had already established itself as No.1 in The World for luxury board games. This culminated in Chess when Geoffrey was commissioned to make the leather boxes and chessboards for the famous Boris Spassky and Bobby Fischer’s 1972 World Championship battle in Reykjavik, Iceland.

As Geoffrey’s son Max started his career he decided to join the family business. In 1977 Max joined the business and started working closely alongside his father.

After a long and happy life, in 2000, Geoffrey passed away leaving a legacy of luxury products and fine craftsmanship. To this day the business still lives in the grounds of Geoffreys’s farm house.

In 2012 Geoffrey’s grandson, and Max’s son, Elliot, joins the family business working alongside his father like the generation before him.

Geoffrey’s son, Max begins a new venture; a luxury B&B leaving much of the day to day running of the company in Elliot’s capable hands.

No products in the cart.